“Abel Ferrara, the beginning until today, has made films, TV movies, Video clips, documentaries and royal drama, TV series … as may be defined as multi-faceted career as an author?“

Ferrara belongs to a generation of American filmmakers who have to consider a number of options simply in order to keep working. But Ferrara refuses to divide the work up, to regard this project as more or less importamt than that one: he always tries to treat the material with as much seriousness and commitment as possible. I remember him talking to me about how he didn’t think much of the TV pilot THE LONER, but adding (I’m quoting this from memory) “you try to do something (meaning something good) with all these projects”.

“The temperament of the New York director is incompatible with the commercial needs of the studios. How did this aspect of his filmography?”

These days, anyone who thinks independently is incompatible with the needs of the studios. Most so-called ‘independent’ filmmakers are incredibly conformist, creating ‘cool’ films which encourage viewers to feel superior to their characters. Ferrara refuses to do this, with predictable results: he can now only obtain financing in Europe. But it’s nothing to do with being a New Yorker: the LA-based Monte Hellman (subject of my other book, MONTE HELLMAN: HIS LIFE AND FILMS), has encountered even more problems than Ferrara in finding people willing to finance his films.

“For a long time, the cinema of Ferrara has been inseparable from the texts of Nick St. John. What is the importance of a writer, in some ways unique, as the friend / enemy Calvinist?”

‘Nick St John’ (real name: Nicodemo Oliverio) was obviously a talented writer, but most of Abel’s films made extensive use of improvisation: I’m not even sure why Nick was credited as screenwriter of THE DRILLER KILLER, since everyone who worked on that film told me that the whole thing was improvised, and nothing was written down. Clearly, the films Abel has made since he stopped working with St John are consistent (in terms of style, theme, structure, etc) with those he made earlier, so I think it’s clear that the writer’s role was essentially that of a sounding-board. I know he was writing a screenplay for French director Erick Zonca (a remake of Zonca’s television film LE PETIT VOLEUR, to be shot in New York), but that never happened. I guess Nick spends more time at his local Rotary Club these days.

“In your book “Abel Ferrara: The Moral Vision” is a long and extensive correspondence with colleagues and friends of the director? Portrait that emerges from their words to Abel Ferrara?”

The only conclusion I could arrive at was that you could say anything about Ferrara, and it would be true. Then you could say the precise opposite, and that would be true as well! I think Asia Argento had the most insight into his working methods: as she told me, “Abel is the ultimate puppeteer. He makes you believe you are creating while you really are created”.

“The “night” and the “city” are two of the director’s obsessions. He, in this view, can be considered the heir to the tradition of American film noir of the ’30s and ’40s?”

Abel is certainly working within the noir tradition, often taking the genre’s characteristic themes to their logical conclusion. THE DRILLER KILLER’s Reno is the isolated male hero of noir fiction taken to an extreme (as a serial killer), just as MS.45’s Thana is noir’s femme fatale taken to an extreme.

“How does the cinema of the past, with its reference models within the uneven filmography Abel Ferrara?”

Ferrara is incredibly cine-literate (though I don’t believe he watches many films these days), and talks extensively about the affinity he has with Pasolini. He wanted to include a clip from Sam Fuller’s THE STEEL HELMET in CHINA GIRL, but the clip proved too expensive. But I think Ferrara’s real influences can be found in the real world.

“When it comes to Ferrara is turning increasingly to comparison with Martin Scorsese. It is ungenerous to an author who, for better or for worse, was able to draw a line its thematic and stylistic?:

Scorsese used to be one of my favourite directors, but the films he made after CASINO are clearly the work of a director who has lost his way, who is completely in control of his craft, of the cinematic effects he wishes to create, but no longer has any real sense of what those effects are for. Connected to this is the way his once sure touch with actors has deserted him: the Scorsese of the 70s would never have been satisfied with the merely efficient performances of Leonardo Di Caprio, or Jack Nicholson’s dreadful hamming in THE DEPARTED. The comparison is fantastically to Ferrara’s benefit, since his films always know exactly what they are about, why they exist, what they wish to say.

“In some ways, how “wild” to understand the cinema of the director of the Bronx is similar to the vision of John Cassavetes. What influence did the latter, he also incapable of yielding to compromise, in the poetry of Ferrara? What is this?”

Cassavetes is clearly one of Ferrara’s key influences (or perhaps we should say affinities). There’s a quotation from OPENING NIGHT in SNAKE EYES, while GO GO TALES is almost a remake of THE KILLING OF A CHINESE BOOKIE

“In your book, reference is made to an impressive number of projects never realized, never became a movie scripts, ideas remained on paper. Abel Ferrara, lack of money or laziness?”

It’s certainly not laziness! Aside from a handful of projects in which he lost interest (such as HONOR BRIGHT), these unmade films were all projects that simply failed to be financed. Most filmmakers in Ferrara’s position have to develop several projects simultaneously in the hope that one might actually get made. My book on Monte Hellman contains a much longer list of unmade projects.

“The Moral Vision” is a perfect title, one that sums up better than any other film by Abel Ferrara. In your opinion, the director, has always managed to stay faithful to this vision?”

Yes. There isn’t a single shot in any one of Ferrara’s films which is not imbued with the director’s moral vision.

“The latest work of documentary filmmaker are three very special. What do you think of this work from? Do you think there will be a return to the cinema, or the difficulty in finding funding will give yet another turning point in his career?”

The documentaries clearly form a well-defined phase in Abel’s career. Oddly enough, they seem to derive from his attempt to make a pilot for a TV series – FBI: THE UNTOLD STORIES (1991) – which, like CHELSEA ON THE ROCKS and NAPOLI NAPOLI NAPOLI, mixed interviews with dramatic reconstructions. Abel abandoned that shoot because he wasn’t getting what he wanted, but the idea seems to have interested him enough for him to revisit it many years later. In a sense, these ‘documentaries’ are among the most ‘fictional’ films Ferrara has made, focusing on the ways in which people create their own personas, their own identities, turning their lives into the stuff of fiction. Everyone who passes before the camera in these ‘documentaries’ is judged according to how well or badly they play a ‘role’. This has always been one of Ferrara’s central concerns: it’s particularly evident in SNAKE EYES, THE BLACKOUT, NEW ROSE HOTEL and GO GO TALES, all of which are about ‘performers’. 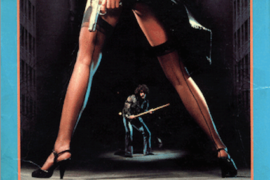 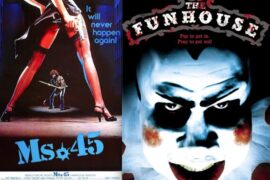 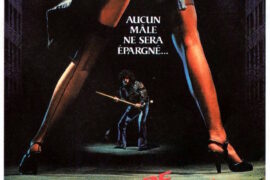